The PHE features four levels of memory, 32 Risc core processors to perform user-programmed In-Memory Functions (IMFs), along with all of the fixed BURST and RMW functions included in the BE3 products. We combine this with our high-speed serial protocol I/O interface to enable your applications to achieve hyperspeed performance. 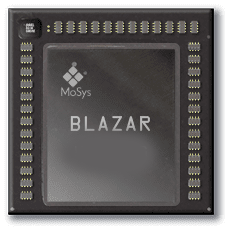 A huge leap in Application Acceleration is the ability to embed User Defined Functions.  These can be specialized RMW functions such as sequential location counting, to full Algorithms for application such as sophisticated search, string pattern matching or data analysis.

Now you have the flexibility to program your application’s common and bandwidth-consuming functions to run in-memory. Using the power of the PE instruction set to create In Memory Functions, freeing up your system processor or FPGA to do other things and ensures your application achieves the maximum performance boost.

Or, just embed functions, as simple as a Read/Modify/Write, (where we insure that if the location being modified is trying to be Read, we hold off the Read until the Write is complete) to make the software architecture run smoother by not having to manage tasks that could better execute in the accelerator.  Simplify your software!

What is embedded is up to the creativity of the Software Architect and how much you want to accelerate the application!

Multi-level memory provides another level of speed customization. The HE has four levels that operate with the PE.  Each level provides different speed options and data locations to best execute a function.

The heart of the memory IC is our advance, parallel array 1T-SRAM with a capacity of 1.152Gb of our patented 1T-SRAM.

There is additional block of memories that total 2.3Mb which have higher speed and even a third rank of faster register memories. Combined, it is possible to support a combined 24 Billion accesses.

This enables you to pick the speed path that best improves system performance!

The Scheduler is important when you use the parallel execution capability. Scheduler manages simultaneous request execution to insure the outputs are in sync. The optional use of Domain Scheduling allows user to set function execution priority if that is important.

An additional feature of the PHE is DATA INTEGRITY OF A RMW function. When you are in the process of modifying a memory location with an RMW function, that there will be a request to read the location being modified. The Scheduler will pause the Read request UNTIL the RMW has been completed and the memory location has the most current, up to date value.

A lot of high speed random access memory, with easy to understand EIMFs, with so few signal pins.

Cannot get simpler than that!

Our 16 SerDes lanes can transmit data up to 12.5Gbps, with an optional rate of 10Gbps.  MoSys’ GigaChip Interface (GCI) delivers  full duplex, CRC protected data throughput, enabling up to 10 Billion memory transaction per second on as few as 16 signals.

Traditional memory design requires a lot of interface pins (in some cases 1000’s of pins), making signal routing and integrity a design challenge.

The BURST Functions are focused on DATA MOVEMENT where they accelerate getting data in and out of the memory faster and more efficiently by reducing the number of commands.

The BURST Multi-Read/Multi-Write In-Memory Functions can combine up to 8 READS or 8 WRITES into a single BURST function. This reduces the number of memory accesses when moving data, nearly doubling the amount of data that can be moved with that same bandwidth.

The RMW Functions are focused on DATA COMPUTING where there is need for memory location modification involving RMW in applications such as counting, statistics, dual counter updates.

The RMW Functions provide two levels of speed acceleration. First, the RMW functions can be executed with one command. Second, since the modification is executed within memory, there is no need to move the data out to be modified, and then back into memory to write. This removes all of the I/O latency.

The PHE Has 4 Levels of Memory to Provide Maximum Acceleration

The HyperSpeed Engine allows a tremendous increase in application performance by the addition of 32 MPC (Multi-Threaded Processor Cores) Risc cores. The implementation of these cores improves your application’s performance by performing operations faster while reducing the demands on your FPGA or processor.

The Risc cores are tightly coupled with a direct connection to the five levels of memory. Each level of memory has different speed performance specs, which means your can prioritize functions to the type of memory that better meets the need of your application.

Reducing Demands on Your FPGA

Every function you move into the HE, is one less function your FPGA or processor needs to perform. This means it can accelerate your system’s performance by prioritizing its resources on other functions. Your system can do more, do it faster, and get the job done using less power.

The ability to identify the time-consuming and repetitive functions that would benefit your applications performance, and then programming those to be performed within the HEP, means you can fine-tune the memory IC to meet the specific needs of your application.

Moving functions from the main application into the PHE delivers:

The PHE functions include all of the BE2 and BE3 BURST and RMW functions, as well as the CSUB functions.